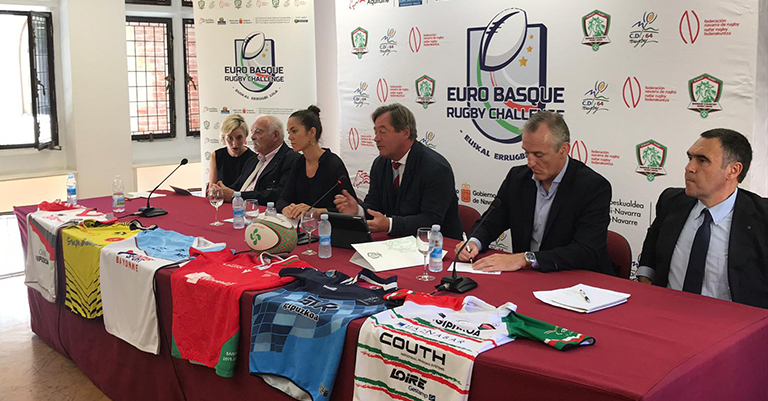 The Basque Government’s Ministry of Culture and Language Policy and the Nouvelle Aquitaine-Basque Country-Navarre Euroregion officially presented the Euro Basque Rugby Challenge (ERBC)-Euskal Errugbi Liga, a cross border sports competition project to unite teams from both sides of the border. The initiative benefited from technical assistance by Avento from moment of its design until its production.

Accompanied by representatives of the Basque Country, Navarre and the French Basque Country (Comité départemental rugby 64), the names of the seven teams to participate in Series 1 of the Basque Rugby League were announced: Aviron Bayonnais, Biarritz Olympique-Pays Basque, Anglet, Hernani, Ordizia, Getxo and Bera Bera will compete for the first edition of the competition. The event will also have another two categories (Women’s and Series 2).